Literary agents know their stuff–and if you want to get signed by a literary agent, you need to know your stuff too.

When agents describe what they’re looking for in a novel, they tend to lapse into industry jargon. It’s confusing stuff, even for those of us who sprinkle words like fastidious and coruscant throughout our writing.

Still, understanding what agents want is crucial to finding the right agent (or, indeed, any agent) for your project. That means you have to learn to translate the jargon.

The following is a list of terms I encountered often, during my search for a literary agent:

Upmarket fiction blends the line between literary fiction and commercial fiction. For example, a mystery novel loaded with beautiful prose and imagery could be considered upmarket. 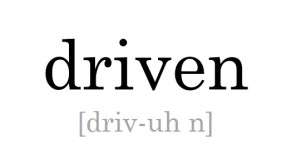 Character-driven, voice-driven, plot-driven, and platform driven novels have one feature that outshines the others.

A character-driven novel focuses on internal struggles and personal growth. Readers fall in love with the characters of these novels, so they don’t need fancy prose or big drama to keep reading.

A voice-driven novel is poetic in its sentence structure and word choice. The style can be as elaborate as Lolita or as blunt as Catcher in the Rye, but the voice has to be distinctive enough to entrance readers, even if they don’t like the characters and aren’t kept on the edge of their seats by the plot.

A plot-driven novel is packed with action and risk. Readers don’t have to care much about the characters, and the likely speed through the sentences too quickly to notice style. But they keep turning pages because they have to know what happens next.

A platform driven novel is a non-fiction book written by a well-known person with impressive accomplishments. Readers pick these books up because they want to learn the secrets to success from someone they look up to.

Domestic fiction focuses on the daily lives of pious women, usually in the middle class or upper middle class. This type of novel was especially popular during the nineteenth century. Think Anne of Green Gables or Little Women. A more updated version of the domestic novel is The Nest.

Magical realism places magic on equal footing with reality. Magic is not treated as out of the ordinary, and the ordinary is often treated as extraordinary.

In magical realism, a character might go into a garden and see a fairy. She would not be surprised by the fairy, nor would she pay more attention to it than the flowers and the breeze, etc.

New adult is an emerging genre that bridges the gap between young adult and adult literature. Characters are usually between 18 and 30 years old, and they struggle with issues like leaving home, giving up on dreams, and struggling in relationships.

Point of view (POV) describes the person who is narrating a story. Your POV might be first-person, third-person, or omniscient. Depending on the narrator’s personality, the POV could also be optimistic, pessimistic, self-conscious, analytical, whimsical, etc.

Some agents are looking for multiple POVs, which means that each chapter is told by a different narrator.

World building is the creation of a setting that is highly detailed and expansive. It may include its own religion, political system, or new technologies or animals. World building is especially important in sci-fi and fantasy.

Which of these terms could be used to describe your book? What would be on your manuscript wish list if you were a literary agent looking for new writers?