My Grandmother Asked Me to Tell You She’s Sorry: A Bit of a Browbeater

I usually pull positive excerpts from books. This week, I decided to nitpick a bit.

I wanted to like the book My Grandmother Asked Me to Tell You She’s Sorry, but there were two elements to the narrative that made it difficult for me to engage with the story.

First up: the Imagination Bruiser

I love unusual verbs, visual imagery, metaphors, similes, anything that beckons to the reader’s imagination–but the elements in My Grandmother that should have beckoned to the imagination yanked the imagination around on a chain instead.

Example: in one chapter, Elsa describes one of the characters in her grandmother’s story as “a cross between a goat and a chocolate chip cookie.” I don’t know what that is. After a long time, I decided maybe the goat has brown spots and chocolate chips as hooves? 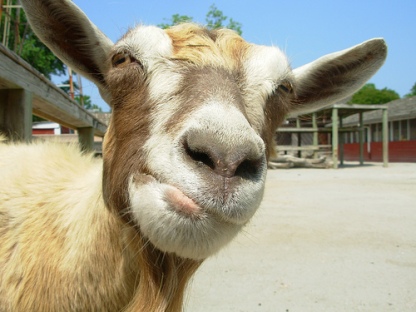 I let the goat-cookie slide because Elsa was talking about an imaginary world, but I finally put the book down when she observed that “snowflakes as big as pillowcases” were falling around her.

Next up: Time Gaps

I was very surprised to come across this problem in a New York Times Bestseller because it’s something I would expect a good editor to iron out.

Basically, the narrative makes some big leaps in time, and sometimes even location, without explaining how the characters got from A to B. I had some problems like this in my early drafts of Eleanor; my editor suggested correcting them by adding a visual break whenever there was a break in time. Like this:

All that said, I think the plot in My Grandmother Asked Me to Tell You She’s Sorry is very strong. The story is well paced, and there are some interesting surprises in store for the reader.

6 thoughts on “My Grandmother Asked Me to Tell You She’s Sorry: A Bit of a Browbeater”